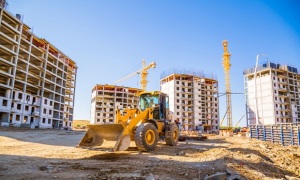 William Donald Kirhoffer, 30, of Oxford, CT passed from this life into God’s loving arms on September 24, 2020 after a long struggle with addiction. Our beloved Billy was born on October 22, 1989 to William Kirhoffer and Susan Schiavi, both of Oxford.

From an early age, he was a sensitive, strong willed, dare devil who loved deeply. Raelyn, his four-year-old daughter, was the love of his life and his reason for being. They adored each other.

Billy excelled in sports, especially soccer, and later developed a passion for body building.  At 18, he acquired his CDL, an achievement few his age accomplish. He was a hard worker and could operate any piece of equipment placed before him. Billy loved construction work like his dad and grandfather.

His happiest childhood memories were filled with snowboarding, riding BMX bikes, and tormenting his sister, Liza. Days were spent at Jackson’s Cove, where he made lifelong friends.

Along with his parents and daughter, he is survived by his sister, Liza (Andrew), his niece and nephew, Amaya and Dominic, and his maternal grandparents Donald and Elinor Schiavi. He was pre-deceased by his paternal grandparents William and Marilyn Kirhoffer. He is also survived by his Uncle John Kirhoffer (Beth) and Aunts Nancy Kirhoffer (Jen) and Tamara Schiavi, and his cousins Emily, Erin, and Kaelyn. His many friends always supported him, without judgement, and have been a source of comfort to our family.

A celebration of his life was held on Friday, October 2 in honor and remembrance, at his dad’s home in Oxford.

Donations in Billy's memory may be made to Raelyn Kirhoffer in care of ION Bank, 71 Oxford Rd. Oxford, CT 06478. To leave an online condolence please visit www.munsonloveterefuneralhome.com.

To send flowers to the family or plant a tree in memory of William Donald Kirhoffer, please visit our floral store.