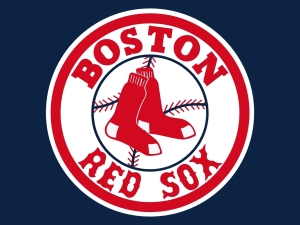 Born on November 2nd, 1923 at Brooklyn Methodist Hospital in Park Slope to Stanley Bannon Tracy and Dorothy Hughes, his paternal grandfather Joseph Trimble Tracy was Ohio State Auditor from 1920 through 1940, and his maternal grandfather the Reverend William Hughes served as a Methodist Minister in Brooklyn, New York. Stan (who went by “Bud” in his youth) was raised in East Orange, Summit, and Mt. Tabor, New Jersey, spending holidays with his cousin, George Jamieson, in Northwest Michigan and in the Adirondacks of Upstate New York.

In 1936 Stan’s family moved to New Canaan, Connecticut where he developed his nascent artistic gifts by providing sports cartoons to the New Canaan Advertiser and his athletic talent on the Football and Basketball Teams and as Shortstop and Captain of the New Canaan High School Rams Baseball Team, matriculating with his best friend Sidney Yudain (who went on to found the Congressional newspaper “Roll Call”) in the Spring of 1941.

Shortly after he arrived at Ohio State University to study art with Hoyt Sherman and Bob King, the Japanese bombed Pearl Harbor, and Stan signed up to become a U.S. Navy Pilot.  He continued his studies until he was called up midway through World War Two, then went to Flight Prep School in Virginia and Pre-Midshipman School before logging 600 hours in Stearman N2S biplanes at Naval Air Station Pensacola to fly his Corsair F4U off of the U.S.S. Franklin D. Roosevelt “Swanky Frankie” CV-2 Aircraft Carrier as a Lieutenant (junior grade).

After the war Stan returned to Ohio State to finish his Masters degree, serving as an instructor alongside fellow WWII veteran Roy Lichtenstein. There he met his future bride, Elizabeth Lee McIntosh of Canton, Ohio, who studied ceramics and modeled for the Art Department with her young daughter, Carlton. Stan remained in the U.S. Navy Reserves as a “weekend warrior” well into the 1950s.

In pursuit of his PhD, Stan received a grant to study in Italy.  He and Lee stopped in New York City en route and were married on October 26th, 1950 at St. Thomas Church in Manhattan. Stan and his family lived in Florence, Italy for a year and had their first son, Michael, there.  They spent another 6 months in Spain, on the island of Majorca, before returning to Ohio where their second son, Peter, was born.

Stan was offered a position at The University of Connecticut in 1953 to teach Sculpture, and the family moved to Storrs where their last two children, Cathy and Chris, were born. Stan also taught summer classes at Wesleyan University in nearby Middletown, and in 1965, after stints at Electric Boat in New London and General Electric in Pittsfield, Massachusetts, Stan joined the growing Art Department at Xerox Corporation in Rochester, New York, which he would eventually helm. In 1972 Stan and Lee lost their son, Peter, to Aplastic Anemia in the summer following his Freshman Year at Franklin & Marshall College.

Stan retired from Xerox in the early ‘80s, after which he and Lee divided their time between Quechee, Vermont and Bokeelia, Florida, enjoying golf and skiing in New England and sailing throughout the Keys, the Bahamas, and up the Eastern Seaboard to the Chesapeake Bay on their Healey-designed sloop, Taka-Taka. They traveled to Russia, Hawaii, Fiji and New Zealand, enjoying a quarter century of retirement together before Lee passed on December 17th, 2007 after a brief illness.

Stan moved to Heritage Village in Southbury, Connecticut, where he spent his final years painting almost a thousand oil canvases.  His work has had gallery shows in Bedford, New York and Naugatuck, Old Saybrook, and Southbury, Connecticut. In addition to his painting, Stan wrote numerous short stories and several sprawling novels, strongly influenced by one of his favorite authors, John le Carré. He lived on his own to the end, listening to his extensive opera collection, watching classic and foreign films, and enjoying the lovely views from his back deck.

In his final years, Stan was honored by his beloved Boston Red Sox in their “Hats Off To Heroes” tribute at Fenway, where he gave the team his original painting of Ted Williams in his USN Corsair F4U. He attended the pre-pandemic Ohio State v Penn State football game in Columbus. He was interviewed by biographer Avis Berman for The Roy Lichtenstein Foundation’s Oral History Project and given a pre-opening Curator’s tour of the Lichtenstein show at Colby College in Maine.  He even “took the stick” of his old Stearman biplane out of Oxford Airport with Dream Flight’s “Operation September Freedom” last Fall. In October he joined his children and grandchildren for granddaughter Aislinn Smith’s marriage to John Tublin in Benson, Vermont, visiting the National Baseball Hall of Fame and Museum in Cooperstown, New York, en route home to tip his hat to Ted Williams just six weeks before his passing, and observed at his 98th birthday that he had lived a long and very full life.

A memorial service will be held at a later date in Southbury, Connecticut; full military honors will precede interment in 2022. In lieu of flowers memorial donations can be made in Stan's memory to your favorite charity. To send an online condolence visit www.munsonloveterefuneralhome.com.

To send flowers to the family or plant a tree in memory of Stanley B. Tracy, Jr., please visit our floral store.

A Memorial Tree was planted for Stanley

You can still show your support by sending flowers directly to the family, or by planting a memorial tree in the memory of Stanley B. Tracy, Jr.
Share a memory
© 2022 Munson-Lovetere Funeral Home. All Rights Reserved. Funeral Home website by CFS & TA | Terms of Use | Privacy Policy | Accessibility