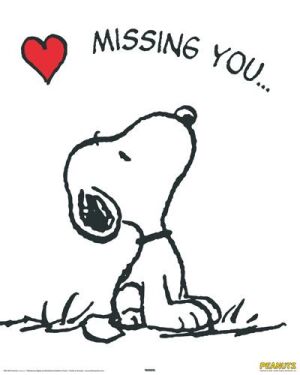 Dr Robert (Bob) Piscatelli of Woodbury, CT passed away on Saturday, September 12, 2020, at St. Mary’s Hospital surrounded by his wife, children and grandchildren.  He was 84.  Born on February 19, 1936 in New Haven, CT, Bob lived an uncompromised life of faith, family and service to his community.

He was a graduate of Branford High School where he was a three-sport athlete in football, basketball and baseball.  The first in his family to attend college, Dr. Piscatelli was a graduate of Fairfield University and of Tufts Medical School, where he was a member of the Alpha Omega Alpha honors society.  He trained as a resident at the Hospital of the University of Pennsylvania in Philadelphia.  The importance of education was a recurring theme in his life.

Thereafter, he served as a medical officer in the United States Navy from 1960-1970. It was during these years that another focus of his life, family, took shape.  On August 31, 1959, he married his wife Denise (Blanchard).  Together they began a family, moving from naval base to naval base, each time carrying another child or two on his broad shoulders, each time writing another chapter in the great adventure of their life. Following his service in the Navy, Bob and Denise settled in Woodbury with their six children, Louis Robert, Mary Helen, James Joseph, Susan Lorraine, Daniel John and Patrick Anthony.  A family man, Dr. “P” (as he was known to many) ensured that each of his children had the opportunity to excel at school and in sports. In town he coached youth baseball and Pop Warner football teams to championships and influenced for the better the lives of young people. The Piscatelli home was a lively place where the sound of children and grandchildren filled the air like a symphony.  Here his family celebrated the triumphs of life and sheltered one another from its storms.  There was always another place being set at the table for a weary traveler or a friend in need.

Dr. Piscatelli served as Chief of Medicine at St. Mary’s Hospital from more than 20 years, where he and his great friend George Robitaille built a first-class training institution for medical residents.  During this time, St. Mary’s residency program was accredited by Yale University medical school, where he himself was a professor of medicine. He served as a dean of admissions at UConn medical school. Dr. Piscatelli trained scores of young medical residents, and through them he influenced the practice of medicine locally and around the world, all the while running a 400-bed city hospital which served Waterbury and the surrounding communities.

He is preceded in death by his father Lou and his mother Mary, and many friends, especially Phoebe and Billy “Nock” Ahern, who were always part of the scene on Sundays at home.  His father and mother established in him the third great pillar of his life, his Catholic faith, which he professed through his life of service and good works.

Bob is survived by his wife of sixty-one years, Denise, to whom he was singularly devoted; his brother Lawrence W. Piscatelli; his son Louis and his wife Vicki; his daughter Mary Brigham and her husband Phil; his son Jim and his wife Moira; his daughter Sue Risigo and her husband Larry; his son Dan and his partner Jim Morgan; his son Patrick and his wife Sarah; and by fifteen grandchildren and two great grandchildren. The family celebrated a funeral mass of Christian burial and wishes to express their gratitude to the people of Elera Caring who helped in a time of great need, and for the heart-felt sentiments from neighbors and friends.  In lieu of flowers, memorial donations may be made to St. John the Evangelist School, 760 Main St, Watertown, CT 06795. To leave an online condolence please visit www.munsonloveterefuneralhome.com.

To send flowers to the family or plant a tree in memory of Robert L. Piscatelli, please visit our floral store.

You can still show your support by sending flowers directly to the family, or by planting a memorial tree in the memory of Robert L. Piscatelli
Share a memory
© 2020 Munson-Lovetere Funeral Home. All Rights Reserved. Funeral Home website by CFS & TA | Privacy Policy | Terms of Use