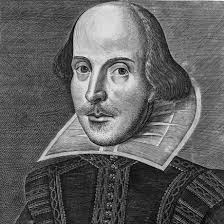 Richard Reimold, 85, passed away November 16th at home surrounded by his loving family. Born in Conyngham, PA to Lawrence and Pauline Reimold, he is survived by his wife of 55 years Kathleen (Kathe), his two sons and their spouses, Scott and Julie Reimold of Woodbury, CT, and Mark and Jennifer Reimold of Boxford, MA, and his four grandchildren, Alexander, Rebecca, Eliza, and Owen. Rich is also survived by his brother David Reimold who lives in Richmond, KY.  He is predeceased by his parents and younger brother Eugene.

A standout athlete at Hazleton High School, Rich accepted an athletic scholarship to play football at Lycoming College where he also played baseball. There he also developed a passion for theater, writing and performing in musicals as president of the college’s theater club. After earning an M.A. at NYU, he taught high school English in Great Neck, NY where he met and quickly married the love of his life, Kathe. Together, they ran a professional summer theater for three years in Pennsylvania where they produced a Broadway musical every week.
In 1968,  Rich and Kathe moved to Danbury, CT where he became founding chair of the Theater Arts Department at Western Connecticut State University. As full professor he developed a new studio theater that was eventually named in his honor. He was bestowed the title Professor Emeritus upon his retirement in 1992, and in 2018 he was recognized “with honor for initiating 50 years of theater arts” at WCSU. Throughout his theatrical career, Rich directed more than 100 productions and performed more than 85 roles.

While in Danbury, Rich coached youth baseball and basketball at many levels including Junior Varsity at Danbury High School where his sons played. He helped found the Danbury Westerners collegiate summer baseball team and served as deputy commissioner of the NECBL. He later went on to take the field again himself, actively pitching in Men’s Senior Baseball League tournaments around the country until he was 80.

In 2002 Rich and Kathe bought their dream home in Woodbury, CT where Rich, affectionately known as “Poppi”, helped raise his grandchildren and coach them through youth football, baseball, and softball. He was so thrilled with their musical talents as well, attending every concert and play with great pride. In 2015, he co-founded the Community Theater at Woodbury (CTAW) and in 2016 received the inaugural Arts Alliance “Outstanding Contribution to the Arts” award.

Rich’s most loved lines from Shakespeare are:
“All the world's a stage,
and all the men and women merely players;
They have their exits and their entrances,
And one man in his time plays many parts"

To send flowers to the family or plant a tree in memory of Richard E Reimold, please visit our floral store.

You can still show your support by sending flowers directly to the family, or by planting a memorial tree in the memory of Richard E Reimold
Share a memory
© 2021 Munson-Lovetere Funeral Home. All Rights Reserved. Funeral Home website by CFS & TA | Terms of Use | Privacy Policy