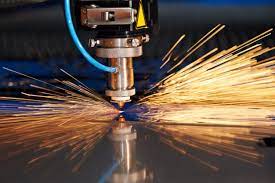 Kenneth A. Rissolo, 78, died on October 4th, 2021 in his New Milford, CT home. Kenneth was born in Norwalk, CT to Leonard Rissolo and Antoinette Petruzzi. He graduated from Stamford High School in 1962.  He moved to New Milford in 1976 where he later started his own precision sheet metal shop.

Ken is survived by his beloved wife Patricia Courtien Rissolo of 47 years; daughter Michelle Rissolo, her partner Francis Russell Krug, and her children Liam Rodden, Phoenix Rodden and her husband Ross Radford; his son Kenneth Rissolo Jr., his wife Tori and their daughter Grace; his son Jason Rissolo, his wife Laura and their children Simone and Wilder; his son Adam Rissolo, his wife Katie and their children Stevie and Emmett; and son Matthew Rissolo and his wife Monique; his brother Leonard Rissolo Jr. and his partner Rosa Watson; brother Roger Rissolo; sister Linda Middlebrooks; sister Karen Rissolo and partner Rachel Katz; brother-in-law Martin Kibbe; niece and Goddaughter, Laura Padersky, along with many loving nieces and nephews.  He is survived by many sister-in-laws and brother-in-laws.  He is pre-deceased by his sister Beverly Kibbe.

His contributions to numerous companies in need of expert consultations involving redesign of machinery and equipment also included the building of the tools to manufacture the parts as well as making the parts themselves.  If a part was obsolete, he was able to draw and recreate the part from starting materials to keep vital operations in production.  He was a humble inventor, and could have easily pursued patents for his ideas, however, his focus was always the customer and ensuring they were happy with his abilities to solve problems that staff Professional Engineers and PhDs were unable to solve.  His inventions ranged from security boxes and various springs for firearms to safety doors for fireplace cleanout shoots to replacement car parts for a 1964 Cobra.  He was a hardworking man; a typical week was 6 days with over 60 hours of tooling, cutting, designing, planning, ordering, and machining.  He was a person who took calculated risks, and rarely would you find him being reckless and careless.

His love of photography began at a young age; he built his own dark room too.  You could always find him with his 35 mm camera close by for that perfect candid shot.  He was known for portraits of all genre, and you can be sure that Kodak knew him by his first name.  His hobby could have easily turned into a full-time business venture.

He was equally dedicated to his work as he was to his family and friends- many friends spanning over half a century!  Everyone who was special to him would be blessed with a sampling of his scrumptious chicken wings.  He was a fabulous cook, taking pride in providing tasty meals for his wife and children, their friends, his friends, and of course- family.  In order to provide the best, he carefully tended his gardens that were typically full of tomatoes, various peppers from mild to super spicy hot, squash and zucchini.  Entertaining everyone was a non-stop crazy train and his storytelling prowess would put most laureates to shame.  He not only lived life, he loved living life!

To send flowers to the family or plant a tree in memory of Kenneth A. Rissolo, please visit our floral store.