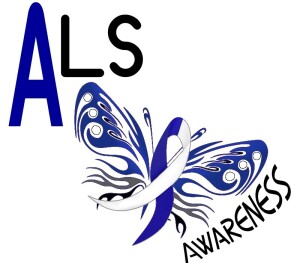 Judith (Judy) Lynne Prasse Bassett, 76, of Southbury, passed away at home, with beloved family by her side, on May 5, 2020 due to complications from Amyotrophic Lateral Sclerosis (ALS).

Judy was born in Cleveland on March 18, 1944, the daughter of the late Herbert and Elizabeth Prasse.  She grew up in Gates Mills, OH where she attended Gates Mills School and The Laurel School until her family moved to Oak Brook, IL.  After graduating from Hinsdale High School, she left home to attend Ohio Wesleyan University in Delaware, OH.  During her sophomore year, she met the love of her life, Bill Bassett.  They were married soon after graduation in 1966 and after two years of living in St. Louis, she and Bill moved to Southbury, CT where they have lived for the past 52 years.

Volunteering was always in Judy’s blood and she provided countless hours to many organizations. As a young mother, she served as a Sunday School teacher at the United Church of Christ, Southbury and as a Girl Scout Leader for both of her daughters. She also spent many years running the Cookie Cupboard for Southbury Girl Scouts and served as a longtime member and chair for the Southbury-Middlebury Scholarship Foundation. Judy dedicated many of her talents to the United Church of Christ, Southbury as, among other roles, Church Clerk, Deacon and Assistant Treasurer, a role she held for 25 years and only relinquished after her ALS diagnosis.

In addition to Southbury, Judy loved the time she and Bill were able to spend at their New Hampshire lake house, as well as their winters spent in Florida. She spent many hours tending to her gardens around the house, sparks of color for all to enjoy.  The lake holds special memories of time with her kids and grandkids, including Camp Bassett when the grandchildren would visit alone for a week. It was during these weeks that she earned the nickname “Grammar Grandma” and introduced culinary masterpieces like “spaghetti tacos” and “ice cream for dinner”. She was the quintessential host for many friends who visited and also organized amazing lobster boils every Labor Day for friends and neighbors on the lake. Judy was blessed to be able to travel, as she and Bill took many trips and cruises all over the world with special friends.

In addition to her husband, she is survived by her three children, Lynne (Craig) Perry of Southbury, Betsy (Anthony) DePaolo of Cheshire and Bill (Julia) Bassett of Easton. She adored her seven grandchildren – Lauren and Christopher Perry; Ali and AJ DePaolo; Will, Maeve and Charlie Bassett.  She is also survived by her brother Herb (Ellen) Prasse, sisters Beth (Rich) Seeley and Jane Taft, brother-in-law David (Patricia) Bassett and aunt Frances Halpin.  She also leaves many nieces, nephews and cousins. In addition to her parents, she was predeceased by her brother-in-law Richard Bassett.

The family offers special thanks to the healthcare providers at the ALS Center of Excellence (Hospital for Special Care) as well as nurse John Cookson and the aides at Hale Healthcare.

A private service will be held at the Memorial Wall (columbarium) at United Church of Christ, Southbury at the convenience of the family. A celebration of Judy’s life will be held at a later date.  Arrangements are by Munson-Lovetere Funeral Home of Woodbury and Southbury (www.munsonloveterefuneralhome.com)

To send flowers to the family or plant a tree in memory of Judith Lynne (Prasse) Bassett, please visit our floral store.

You can still show your support by sending flowers directly to the family, or by planting a memorial tree in the memory of Judith Lynne (Prasse) Bassett
Share a memory
© 2021 Munson-Lovetere Funeral Home. All Rights Reserved. Funeral Home website by CFS & TA | Terms of Use | Privacy Policy