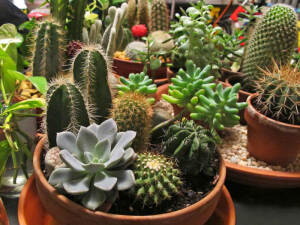 “ A smile is a light in the window of your face that shows that your heart is at home.”

Middlebury- John Nicholls Spain, 100, of Middlebury passed away in the comfort of his home on Saturday, January 8, 2022. He was the husband of 53 years to the late Mary Beth Wilson Spain. He was also the companion of 20 years to Becky Lynn.

John was born July 23, 1921 in Memphis, TN, the son of the late Harrison Millburn Spain Sr. and Hazel Waddington Spain, and stepson of the late Louise Cody Spain. He moved to Middlebury in 1972 from Wayne, NJ.

John was a proud veteran of the United States Army Air Corps. He was a B-24 pilot in the Flying Tigers, serving in the Burma, India, China theater, and also in the Pacific.

Retirement did not, however, slow John down! He was an Eagle Scout and an active scouter for over 60 years. Having such love for nature, John founded the Connecticut Cactus and Succulent Society. He even went on to write and illustrate a book, Growing Winter Hardy Cactus in Cold/Wet Climates. He held several positions in the Berkshire North American Rock Garden Society, and was a member of several Rock and Mineral Societies. John will be greatly missed by all those who had the pleasure of knowing him.

A memorial service will be held on June 11th at 10:00 am at the Middlebury Congregational Church, 1242 Whittemore Rd, Middlebury, CT 06762. Interment has taken place in the family plot in Memphis, TN. To leave an online condolence please visit www.munsonloveterefuneralhome.com.

To send flowers to the family or plant a tree in memory of John N Spain, please visit our floral store.

A Memorial Tree was planted for John

You can still show your support by sending flowers directly to the family, or by planting a memorial tree in the memory of John N Spain