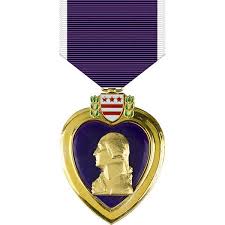 It is with great sadness that the family of Jack Muckstadt announces that he passed away on January 22, 2020.  Born in Brooklyn, New York, Jack moved to Long Island where he graduated from Sewanhaka High School in Floral Park.  Following his high school graduation, Jack earned an art degree from the Pratt Institute School of Art in Brooklyn.

Jack had an inherent sense of patriotism which was evident throughout his life.  He volunteered for the armed services shortly after the attack on Pearl Harbor in 1941. Recognized for his high intelligence, Jack was commissioned as a reconnaissance officer for the Army in 1942.  He earned a purple heart after being captured by Nazi soldiers and sustaining severe injuries as his group of POWs was being transported by rail in Germany.  Jack was rescued by American soldiers near the end of the war and sent home to the United States by military hospital ship.  In honor of his bravery, Jack was selected to escort President Ike and Mamie Eisenhour at the American Legion Convention at Madison Garden in New York City.

After the war Jack co-owned a successful advertising agency in New York City and found a weekend retreat in Washington, Connecticut.  That property quickly became his heart’s home for nearly 60 years.  When Jack became a permanent resident of Washington, he spent 17 years as a photographer for the New Milford Times.  In 1979 Jack served as chairman for the Town of Washington’s Bicentennial celebration.  His love of country and fireworks sparked his interest in chairing the Fourth of July Fireworks Committee for Washington until 2000.

Jack will be lovingly remembered by Peter B. Titchener, his partner of many years, nieces Janet Freidel (Peter) and Mary Kay Wheeler (Rob), nephew John R. Muckstadt (Sara), great nieces Dana Muckstadt, Kerry Wheeler, Megan Wheeler, and great nephew John Patrick Muckstadt.  Jack was preceded in death by his brother, Ronald Muckstadt (Anita) and his parents, Mathilda “Tilly” Muckstadt and John Muckstadt Sr.  The family would like to express their heartfelt gratitude for the overwhelming kindness shown to Jack by the staff of Candlewood Valley Health & Rehabilitation Center during his stay there.

A funeral service will be held on Saturday, February 1st at Our Lady of Perpetual Help Church at 11:00 am in Washington, Connecticut. Military honors will immediately follow Mass. Burial will be held at Washington Green Cemetery in the spring. To leave an online condolence please visit www.munsonloveterefuneral.com.