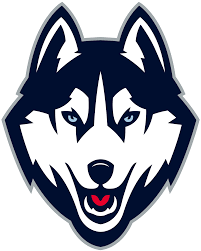 She was born November 14, 1928 in Derby, Ct. to William J. and Martha (Cranwell) Houlihan of Oxford, Ct.  She grew up with her five siblings on the family farm on Riggs St.

She attended Riggs St. School and graduated from Seymour High School in 1944 at the age of 15. Her mother and father both died while very young; each at the age of 48 years.

In 1946 the farm was sold and she moved to Southbury. In 1947 she married Ernest (Ernie) Beardsley. In 1951 they established the family business “Beardsley Excavating Inc.”, which is still active and now run by her son Charlie and his wife Kate.

She was a longtime member of the Oxford Congregational Church.  She was an active and involved mother, grandmother and great-grandmother. She especially enjoyed nurturing and teaching children. After her retirement from the family business in 1999 she became employed by The Nest Daycare as an afterschool aide at Pomperaug Elementary School in Southbury. She is still fondly remembered as “Miss Janet” by some of her young charges. She certainly enjoyed caring for them. She also worked at Hubbell Plastics in Newtown.

She lived in the Southford section of Southbury for almost sixty years and had many dear friends there. She enjoyed writing and reading poetry.  Her knowledge of history, literature and all manner of prose was admired by many and matched by few. She loved to sing, especially hymns. When her children came home from school they were greeted by the aroma of fresh baked bread. She tried to never miss the Jeopardy television show, and was a formidable player of trivia games with her almost encyclopedic memory and wit. She loved to laugh and enjoyed the company of others. She was also an avid Red Sox, Celtics and UCONN Huskies Fan.

She is survived by two sons: William of Waterbury and Ernest (Charlie) and wife Kate of Southbury. Five daughters: Shirley Mariano and husband Tony of Middlebury, Linda Winters and husband Ed of Woodbury, Bonnie Galloway and husband James of Lake Oswego, Oregon, Nancy Beardsley and husband John Williams of Nobleboro, Maine, Martha Garfield and fiancé Vincent Lee of Southbury. Nine grandchildren; Kim Warren and husband Vinny of Torrington, Edward Winters III and Brendon Winters of Woodbury, Michael Mariano and wife Zaira of Naugatuck, Bradley Winters and wife Megan of Port Saint Lucie Florida, Lauren and Nathan Beardsley of Southbury and Miranda and Rebecca Garfield of Waterbury. Three great-grandsons: Ryan Warren of Torrington, and Gunnar and Easton Winters of Port Saint Lucie, Florida. She is also survived by her sister Ruth Baummer of Naugatuck and sister-in-law Doris Metcalf of Southbury, as well as numerous cousins, nieces and nephews. She was predeceased by her sisters Beryl Rio, Martha Fratesi, and Shirley Thorsen, as well as her great-grandson Tyler Warren.

At her request Janet’s funeral and burial will be private. In lieu of flowers donations may be made to a charity of the donor’s choice. Munson-Lovetere Funeral Home of Woodbury is assisting the family with arrangements.

To send flowers to the family or plant a tree in memory of Janet S. Beardsley, please visit our floral store.

You can still show your support by sending flowers directly to the family, or by planting a memorial tree in the memory of Janet S. Beardsley
Share a memory
© 2021 Munson-Lovetere Funeral Home. All Rights Reserved. Funeral Home website by CFS & TA | Terms of Use | Privacy Policy