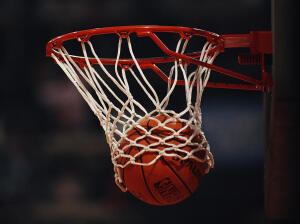 J. Donald Feeley, 82 years of age, passed away on September 18th in Southbury, CT. Don was born on Oct 30,1937 in Plainfield, NJ. He touched many lives through his career as a basketball coach and golf professional.

Don earned a Master’s Degree in physical education from the University of Bridgeport in CT. His long coaching career started as a basketball coach at Andrew Warde High School in Fairfield CT. Coach Feeley spent 13 years as Athletic Director and Head Basketball Coach at Sacred Heart University in Fairfield, CT where he led teams to play in four NCAA Championship Tournaments. For 3 years Don was the Head Basketball Coach at Fairleigh Dickinson University in NJ. In 2014 Don was inducted into the Westfield, NJ Athletic Hall of Fame for having both outstanding playing and coaching records.

In 1983, Don traveled to Egypt as a basketball scout. He saw a very tall promising basketball player named Manute Bol. Don, with help from his many connections, made it possible for Manute to come to the United States where he ultimately became an NBA basketball player.

Don’s other love was golf and he became a PGA Golf Professional. He was resident PGA Professional at numerous golf courses, notably Mt. Airy in Mt. Pocono, PA, Don Shula’s Golf Club in Miami, FL and Yale Golf Course in New Haven, CT.  He was recently honored by the PGA as a member of The Quarter Century Club.

Don will be remembered as a loving father and friend who always made people laugh. He was an innovative teacher who continuously worked to bring the best teaching methods to his students. His family will miss him making his famous “Feeley Special” egg sandwiches.

Per his wishes he would like you to hug your loved ones and celebrate life. A private memorial of his life is planned.  Remembrances and condolences can be shared at www.munsonloveterefuneralhome.com

To send flowers to the family or plant a tree in memory of J. Donald Feeley, please visit our floral store.