Share a memory
Obituary & Services
Tribute Wall
Read more about the life story of Hendrik and share your memory.

Hendrik (Henk) Hartsuiker, resident of Woodbury, CT, passed away January 15, 2023 at Waterbury Hospital, at the age of 81. His wife of 59 years, Jane, his son Rik and sister-in-law Judith Ball were at his side.

Henk was the owner and president of The Hendrik Group, Inc. since its inception in 1983, where he designed and fabricated complete bulk materials handling systems using air supported belt conveyor technology around the world.

He was born in Hilversum, Netherlands on July 25, 1941, during the German occupation in WWII. His parents Lubertus and Gezina and brothers Jan and Lubertus II, then immigrated in June 1953 to North America where they landed in Halifax, Nova Scotia and then lived in Winnipeg, Canada for four years. In June of 1957 they boarded a Greyhound bus to NYC and stayed at the Hotel Lincoln in Passaic, NJ for a couple of weeks before they finally settled in Clifton, NJ.

While in the Clifton School system, he met Jane Osborn, and fell head over heels in love. He graduated in 1960 and entered Pratt Institute in Brooklyn, stayed there for three years and then transferred to the Newark College of Engineering (now NJIT), where he graduated with a degree in Mechanical Engineering.

On January 4, 1964, Henk and Jane married and soon thereafter their son, Hendrik Jr. (Rik) was born, to everyone’s great joy! Henk worked for Howe Richardson Scale Company in Clifton for one year and then was hired by Robbins Engineers and Consultants in Passaic and a few years later moved to their Totowa, NJ location called Hewitt Robins. In 1973 he transferred to Continental Grain Company in NYC, in 1974 to ORBA Corporation in Fairfield, NJ and in 1978 back to Continental Grain where he was Manager of Engineering. When the company moved to Chicago in 1983, Henk and Jane decided to start their own business, originally called Hendrik Enterprises, then Hendrik Associates and finally The Hendrik Group, Inc.

In 1968 Henk and Jane had a baby girl named Elizabeth (Beth) and the family was complete. They lived at Mt. Prospect Avenue in Clifton, where they stayed until 1999, when they built their dream home in Woodbury, CT.

He was a man of many passions. He and Jane almost traversed the globe, went on safari, took cruises from Budapest to the Netherlands, through the Great lakes, through the Panama Canal and lived life to the fullest. Their vacation home in Damariscotta, Maine was always brimming with family and friends. He restored antique cars and loved to ballroom dance with Jane.

Henk’s story is the epitome of the American dream… Born during wartime, immigrating with his family of five to a country where they did not speak the language and worked hard to provide a better life for his family. His family is both proud and grateful for his dedication and perseverance. He was predeceased by his daughter Beth in 2015. He is survived by his wife Jane, his son Rik and wife Suzanne, his son-in-law James Myers and his wife Lorraine, his four grandchildren, Alyssa Buske and husband Bryan, Erika Hartsuiker and fiancé Evan Tortorelli, Joshua and Mackenzie Myers, and his great-granddaughter Brooke Buske. Also survived by his brother Bert and wife Susan and their family, and sister-in-law Judith Ball.

“Don’t cry because it’s over, Smile because it happened.”

Private memorial will be held in the future.

To send flowers to the family or plant a tree in memory of Hendrik Hartsuiker, please visit our floral store. 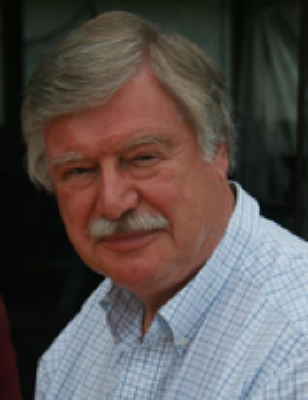 Look inside to read what others
have shared
Family and friends are coming together online to create a special keepsake. Every memory left on the online obituary will be automatically included in the book.

Look inside to read what others have shared

Family and friends are coming together online to create a special keepsake. Every memory left on the online obituary will be automatically included in the book.

You can still show your support by sending flowers directly to the family, or by planting a memorial tree in the memory of Hendrik Hartsuiker
SHARE OBITUARY
© 2023 Munson-Lovetere Funeral Home. All Rights Reserved. Funeral Home website by CFS & TA | Terms of Use | Privacy Policy | Accessibility