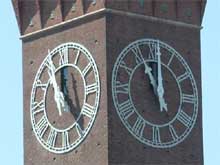 Erwin (Don) Donald Creighton Jr, of Southbury passed away Sunday, May 3, 2020 at Danbury Hospital after a long illness. Don was born January 26, 1936, in Waterbury, son of the late Erwin and Eunice ( Harrison) Creighton. Don attended Woodbury High School before entering the Navy in 1954. He spent 4 years on the USS Benner where he traveled around the world twice.
Don worked at the Newtown Bee before joining the Waterbury Republican American, where he worked for 37 years. At the time of his retirement, he was the composing room superintendent. Don was very proud to be chosen as a “loaned” executive for the United Way for several years. The United Way was one of his favorite charities due to his love for helping others. Don always had a second job, his favorite, by far, was driving school bus for Region 14 for many years.
Don was a man who gave of himself completely, to make other people’s lives better. He was a champion for life’s underdogs and was adored by so many, new friends and old. He raised 3 children that were not his own but treated them like they were.  He could be found mornings at one of the diners in Woodbury or afternoons at Dunkin Donuts where he made many additional and special friends. People smiled when they saw him coming, they knew they were going to get a funny story or a “stupid” joke. Don always laughed the loudest. His love for the Boston Red Socks and UCONN Huskies was always in evidence as was his love for his two Black Labs, Max and Nashville.
Always with a smile on his face, few people knew that he had been dealing with a serious medical condition for years. He never complained but in the last couple of years, it really took it’s toll.
In addition to Janice ( Nettleton), his loving and supportive wife of 32 years, Don leaves behind three children, Kenneth ( Kathy) Creighton of San Pedro, CA, Raymond Creighton of Camp Hill , PA and Elizabeth Creighton of Hubert, NC. He also leaves three step-children, Tammy ( George) Hardisty of Woodbury, Tim Hardisty of Post Falls, ID and Thomas ( Robyn) Hardisty of Lakewood, CA.
He also leaves behind his brother, David ( Michelle) Creighton of Cabot,VT, his 20 beloved grandchildren; 30 great grandchildren including Kya and Khloe who resided with him; several nieces and nephews, and in-laws too numerous to name, as well as his ex-wife Caroline Carter.
In addition to his parents, Don was pre-deceased by his sister, Carolyn Fox, his grandson Michael Stull, his sister in laws, Denise Creighton, Yvonne Dwyer and Hilary Nettleton.
A memorial service will take place at a later time, to be announced. In lieu of flowers, donations can be made to the Kya-Khloe Atkinson Fund, at Webster Bank, 100 Main Street North, Southbury, CT 06488.
Arrangements are being handled by Munson-Lovetre Funeral Home of Woodbury.

To send flowers to the family or plant a tree in memory of Erwin D. Creighton Jr., please visit our floral store.

You can still show your support by sending flowers directly to the family, or by planting a memorial tree in the memory of Erwin D. Creighton Jr.