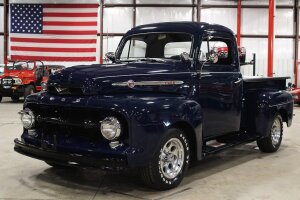 It is with great sadness we announce the death of Donald Paul Hassinger of Woodbury. He died from complications of lung cancer on Thursday, April 14, 2022 at St. Mary’s Hospital, Waterbury, CT. He was born in Waterbury to Rudolph and Ada (Hallock) Hassinger.

Don grew up in Middlebury, CT., graduated from Crosby High School, Waterbury, CT in 1959. After high school he attended Quinnipiac University in Hamden, CT. and Lowell Tech in Lowell, Mass. He started his career in draft design and engineering at Wheeler Electronics in Waterbury. Don later branched out to do contract work for many companies within the state, traveling far and wide.

Don married the love of his life Jeanne (Mosevege) in 1963. August would have been their 59th wedding anniversary.

When St. James Lutheran Church was just forming, Don became a charter member, spending many hours helping the church grow. Don later went onto coaching Little League and then becoming league president. With a small group of friends he started concerned citizens for affordable education. For many years his group became the watch dog for solid education, within the pocketbook of taxpayers. He was also an active member of the Republican Town Committee.

Don played basketball throughout high school and college. He loved the game and continued in a men’s league in Woodbury for several years. Tennis was also a sport he loved. He was a good tennis player, getting up every morning before 5:00am to meet a friend and play a few sets before going to work.

Not to be forgotten are the many friends Don had at Ayla's coffee shop. Every morning he could be found at the "big" table with Larry, Linda, Ruth, the two Gary's, Tom, and Lou sharing good times with great friends.

Don was a man of numerous talents. He could fix anything that was not in working order. Old cars and trucks were Don’s hobby and passion. Many days and nights were spent restoring some broken vehicle he’d found. His final glory was a 1952 Ford pickup that took 18 years to finish.

Don loved the outdoors and working in his yard. Splitting wood and mowing the lawn were his favorite pastime.

Don was preceded in death by his parents (Rudolph & Ada Hassinger) and his son Craig.

Though he was not with us long enough, he will be remembered by those whose lives he touched. No one who met Don will forget his infectious personality, his teasing jokes, and wildly entertaining stories. His smile will remain with us.

Per Don’s wishes there are to be no calling hours. Burial will be private. In lieu of flowers memorial contributions in Don’s honor may be made to the Woodbury Ambulance Association, P.O. Box 581 Woodbury, CT 06798.

To send flowers to the family or plant a tree in memory of Donald P. Hassinger, please visit our floral store.

You can still show your support by sending flowers directly to the family, or by planting a memorial tree in the memory of Donald P. Hassinger
Share a memory
© 2022 Munson-Lovetere Funeral Home. All Rights Reserved. Funeral Home website by CFS & TA | Terms of Use | Privacy Policy | Accessibility