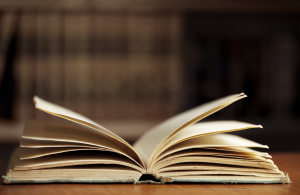 Dennis Shanchuk, 79 of Sandy Hook passed away quickly and peacefully on Friday, November 5, 2021. Dennis was born and raised in Brooklyn, N.Y. He attended City University of New York at night for many years. He became an accountant and worked as a CFO for a few companies. He retired in 2011.

One of Dennis’s passions was music. He was also a professional musician for almost 50 years. He was so accomplished that he backed up Astrid Gilberto in New York. Though he was an excellent jazz drummer, his true love was his polka band. He played all over the tri-state area. Dennis was an excellent dancer and polka-danced in the Harvest Moon Ball in New York.

Dennis’s spirituality and faith brought him to serve on the building committee for Christ the Savior Orthodox Church in Southbury, CT which he attended regularly until he became ill. He was active in the Federation of Russian Orthodox Clubs and served at one time as their Governor.

Dennis loved children and would always talk with them and would give them a coin or two dollar bill for their piggy banks. The last time he was at church children ran up to say hello and hug him. He actually became known as the “two dollar man.”

Dennis was predeceased by his father, Victor Sr., mother Olga, sister Daria and good, good friend and brother in law John Krawchuk. He is survived by his wife of 48 years, Christine, his daughter, Martine and brother Victor Jr. (Deborah). He had four nieces; Daria Lipowski (Ted), Tava Shiley (Kevin), Melania King (Seamus) and Veronica John (Michael). He also had five grandnieces and grandnephews.

In lieu of flowers, donations can be made to Christ the Savior Orthodox Church, Southbury, Connecticut.

Friends may call at Christ the Savior Orthodox Church on Tuesday, November 9th from 4pm-7pm. Funeral will also be at the church on Wednesday, November 10th at 10:30 am. Burial will follow immediately at St. John’s Cemetery, Monroe, Connecticut.

To send flowers to the family or plant a tree in memory of Dennis Shanchuk, please visit our floral store.