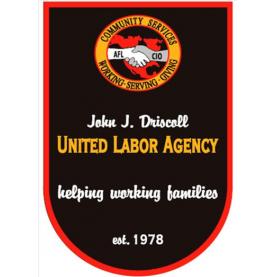 David E. Bakewell, 72 of Woodbury passed away peacefully at home surrounded by his loving family on Wednesday, June 24 2020. He was the devoted husband to his wife Marie DiVittorio Bakewell for 48 years.

David was born January 16, 1948 in Waterbury, son of the late Edwin and Beatrice Bakewell. He graduated from Sacred Heart High School. As a young man David enjoyed spending time with his friends and reminisced often of playing sandlot football in what is now municipal stadium in Waterbury.

Prior to his retirement David started his working career with AMF Alcourt in Waterbury. This initial employment was formative in David’s life as he became deeply involved in the labor movement. He was a life-long proponent of workers’ rights and was a fervent supporter of the union workforce. The majority of David’s career was spent working for the John J Driscoll United Labor Agency in Waterbury. It was here where many learned what is now known of David Bakewell as a person. He rarely had an unkind word to say, always had a smile on his face, and would give the shirt off his back to assist someone in need. One of his life joys was seeing people happy with their career and ensuring that they were being treated fairly.

During his spare time David enjoyed all sports football, basketball, baseball, and golf. There was rarely a weekend that passed without David screaming at the living room TV, “motivating” the UCONN men’s/women’s basketball teams. If David wasn’t watching sports, he was spending time on the golf course with his friends and later having lunch at Roma’s restaurant in Oakville. His love of sport went beyond just watching. Some of his happiest memories were coaching his son’s baseball teams in Woodbury Little League for nearly 20 years and later his granddaughter’s softball team at St. Johns of Watertown.

Besides his wife Marie, David is survived by his three sons Scott Bakewell and wife Diane of Watertown, Marc Bakewell and wife Neysa of Stratford, and Michael Bakewell and wife Stephanie of Thomaston; four grandchildren Sydney, Caleb, Anthony, and Lucy. David loved his family and would do anything for them. His heart was warmed remembering the time spent with his grandchildren. Coaching Sydney’s softball team to a parochial school championship. Being there when Caleb learned to stand. Playing the traveling game with Anthony and the day when baby Lucy finally decided to give him a hug.

David’s family would like to say thank you to all of David’s friends and family for the outpouring of support during this difficult time. In addition, a special thank you to the service and health care workers that were especially kind to him during his prolonged battle with illness.

A memorial service will be held Sunday, June 28th from 4-7 p.m. at Munson Lovetere Funeral Home located 2 School St. Woodbury, CT 06798. Face masks will be required to enter the facility and please be mindful of social distancing. In lieu of flowers, the family ask that donations be made to Woodbury Volunteer Ambulance Service P.O. Box 581 Woodbury, CT 06798. To leave an online condolence please visit www.munsonloveterefuneralhome.com.

To send flowers to the family or plant a tree in memory of David E. Bakewell, please visit our floral store.