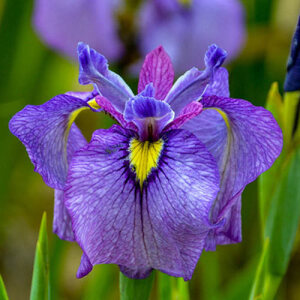 Sharon, MA – Carolyn Mary Kyle Querijero, a resident of Woodbury for over 45 years and beloved wife of the late Gerardo B. Querijero, M.D., died peacefully at Whitney Place in Sharon, MA on May 26, 2022 after a long illness. She was 77.

Carolyn was born in Waterbury, CT on December 20, 1944 to the late John A. and Norine (Rolandi) Kyle, the second of three children.  After graduating from Catholic High School in Waterbury in 1962, she went on to the College of St. Elizabeth’s in New Jersey, where she earned a Bachelor’s degree in Sociology in 1966.

Carolyn began working as a social worker at St. Mary’s Hospital where she met her husband, Gerry.  They were married in 1968, with three daughters coming along shortly thereafter.  Carolyn was very active in community affairs, joining the Woodbury Democratic Town Committee and becoming the President of the Parent-Teacher Organization at Mitchell Elementary School

If you asked Carolyn, however, she would tell you that her greatest accomplishment was her family.  She spent hours on family activities, from managing her husband’s medical practice to her children’s activities to her weekly visits with her mother.  She loved spending time with her family at her house on Cape Cod, where she introduced each child and grandchild to the joys of the water and life at the beach.  She enjoyed traveling and took family vacations to Disney World, Montreal, Scotland, and France, with additional trips with her husband around the world.  She also dragged her children and husband to musicals, and some of her children even enjoyed them.

As her children grew into adults, she became their friend, cheerleader, confidante, mentor and so much more.  She was devoted to her family, and especially her four grandchildren, who brought her boundless joy.  Carolyn was also a longtime UConn women’s basketball fan with season tickets for many years.  She could often be found watching games, vociferously defending the “girls” from bad calls.  And we would be remiss if we did not mention her love of the Patriots and Tom Brady, who she never accepted went to Tampa Bay, even though they reneged on the deal to come to Hartford, which she was involved in.

Carolyn is survived by her three daughters, Michelle Querijero (Todd Grega), Jennifer Birkenhead (Adam) and Lisa Bennett (Brianne Mahoney), her grandchildren Veronika Beck, Quincy Birkenhead, and Maggie and Finn Mahoney-Bennett, her brother, John F. Kyle, her sister, Catherine Kyle, and her nieces and nephew Heather and Marie Kyle, Kelly Detrick and Christopher Tansey.  She was pre-deceased by her husband, Gerry Querijero, and her mother and father, John and Norine Kyle.  She will be greatly missed.

Calling hours will be held on July 16, 2022 from 11-1 pm at the Munson-Lovetere Funeral Home in Woodbury, with a funeral service beginning at 1 pm at the same location. To leave an online condolence, please visit www.munsonloveterefuneralhome.com.

To send flowers to the family or plant a tree in memory of Carolyn Querijero, please visit our floral store.

A Memorial Tree was planted for Carolyn