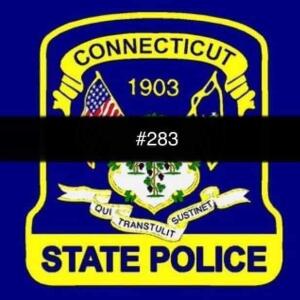 Honoring the life and legacy of Sergeant Brian E. Mohl. On Thursday, September 2nd, 2021, while serving the citizens of Connecticut, Brian heroically entered into eternal life. Brian E. Mohl was born on May 6th, 1971 in the Bronx, NY to George and Frances Mohl. Brian was a graduate of ­­­­­­John Jay High School in East Fishkill, NY, attended Dutchess County Community College, and was a graduate of Marist College. Prior to Brian’s almost 27 year career with the Connecticut State Police, Brian worked as a seasonal officer for the Suffolk County Police Department in the summer of 1994. Brian entered the Connecticut State Police Academy in November of 1994, graduating as a member of the 105th Training Troop. Brian was promoted to Sergeant on May 5th, 2000 and over the years was stationed at Troop A in Southbury, Troop B in North Canaan, Troop G in Bridgeport, Troop H in Hartford, and Troop L in Litchfield, where he was currently serving the State of Connecticut.

Brian married his beloved wife Susan (Riley) Mohl in February of 2006. Of all the accomplishments Brian made, nothing made him prouder than becoming a father to Brian II. “Little” Brian has become an avid and competitive soccer player and Brian loved watching his son play all around the world. Brian leaves behind his wife, Susan, son, Brian (14), step-son, Peter Ganem, step-daughter, Samantha Ganem, his three grandchildren, Beckham Ganem (4), Isabela Nieves (4), and Elena Nieves (2), his mother-in-law, Martha Riley, his sister and brother-in-law, Patricia and Glenn Rogers, and their daughter Nicole. He is also survived by his parents, George and Frances (Aylett) Mohl of Hopewell Junction, New York, his brother George Mohl and wife, Tara, and their five children, Makena, Abigail, Fiona, Delaney, and Logan, his brother Scott Mohl and wife Michelle, and their two children, Daniel and Anastasia, his sister Frances Gordon and husband Dave, and their two children, Alec and Kara, his brother Timmy Mohl and his wife, Julie, and their three children, Katie, Beth, and Charlotte, and his sister Laura Singh and her husband, Ram, and their two children, Laila and Amara, as well as many other family members, in England and Bermuda, and all of his brothers and sisters with the Connecticut State Police.

In lieu of flowers, please make donations to: Venmo account “@CSP-Union” or a check can be sent to the Connecticut State Police Union, with a notation stating, “Sgt. Brian Mohl.” Donations can be mailed to: SGT. Brian Mohl Fund, c/o CSPU, 500 Main Street, East Hartford, CT 06118.

To send flowers to the family or plant a tree in memory of Brian E. Mohl, please visit our floral store.

A Memorial Tree was planted for Brian