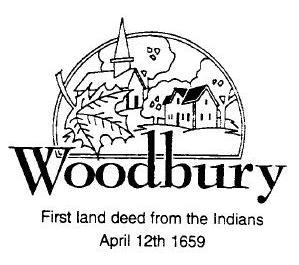 William Joseph Butterly, Jr. died unexpectedly at Waterbury Hospital in the early hours of Dec. 29, 2018.  He was born on February 21, 1943, the second of six children born to the late Winifred (Burns) and William Butterly, Sr. He was married for 51 years to his high school sweetheart, Judith Collins Butterly.

Bill grew up in Watertown, and much of his youth was spent working in his dad's coffee shop on Main Street, a place where politics and sports were constantly and hotly debated, kindling Bill's life-long interest in the political scene and his passionate support of the Boston Red Sox. He graduated from Watertown High School in 1960 and from Western Conn State College in 1969. Upon graduation he started substitute teaching in Danbury where he and Judy were living and quickly secured a fourth grade classroom of his own. Although he enjoyed this and was commended for some of his innovative approaches to teaching and learning, the pull of Watertown and local politics was strong, as was his entrepreneurial spirit, and in 1971 he and Judy moved to Watertown.

In the ensuing years Bill became the Chairman of the Watertown Town Council, rejoined the Watertown Fire Department, served as a Police Commissioner and opened his successful real estate company, Butterly Realty. In  1982 he successfully ran for State Representative from the 76th Assembly district and brought his usual passion to advocating for the communities he represented, including keeping an unwanted rifle range out of the town of Plymouth.

In 1986 Bill and Judy moved to Woodbury and he started his home inspection business. He was very involved with the American Society of Home Inspectors and worked with state officials to develop licensing standards for home inspectors. He also joined the Woodbury Fire Department and became the Deputy Fire Marshal. In 2000 he gave up

the home inspection business and became an independent mortgage broker, a role he held for several years.

In 2009 Bill was elected to the Finance Board of Woodbury and in 2011 became its chairman. Unhappy with some aspects of the Woodbury political scene, in 2013 he primaried the endorsed incumbent Republican candidate for First Selectman. He lost the primary, became a petitioning candidate and won the seat in the general election. He later became an unaffiliated voter and won two more elections to the First Selectman position. He was in the last year of his current position when he died, and recently declared he had finally found the job he was meant to have. He truly loved what he was doing and was a tireless advocate for the town and its people.

Despite his 24-7 approach to governing, Bill still found time to pursue other interests. Always a lover of music from opera to classical to country western, he was enormously proud of the fact that he was brave enough to sing in public for the first time at age 65 and for several years participated and sang in local “jams” in this area. In his last three years he discovered pickle ball, a sport which he loved and actively promoted to anyone who would listen.

Bill was adamant about his desire to be cremated and have no funeral,   “just have a gathering with music”. In that spirit the family will greet friends and relatives between the hours of 12:00 and 4:00 on Sunday, January 6 at the Old Town Hall, 7 Mountain Road, Woodbury, a building whose recent renovations Bill was so happy with. Munson-Lovetere of Woodbury is handling arrangements. As parking is somewhat limited, please check their website for parking options.

Due to limited parking on Mountain Road, the Town of Woodbury requests that attendees park at either Woodbury Middle School on Washington Ave. or the Town Complex on Main St. There are limited handicap parking spaces and will be utilized on a first come, first serve basis for appropriately permitted vehicles and operators.

A shuttle will be available for those requiring transportation from the Woodbury Middle School and Town Hall Complex.  Family members of Mr. Butterly will have priority parking at the Woodbury Post Office. Please do not block trucks or loading docks.

To send flowers to the family or plant a tree in memory of William J. Butterly, Jr., please visit our floral store.