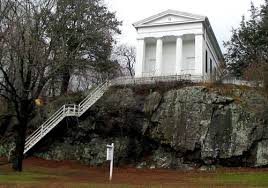 Thomas was born to Frank and Margaret (Kennedy) Sturges in Waterbury, CT on December 6, 1926.

Thomas served proudly in the U.S. Navy as a Seaman first class during WWII. After his military time, he married the late Virginia (Krom). They were married for 29 years, Thomas leaves behind two sons, Thomas Sturges Jr. and Jeffrey Sturges, and was predeceased by his son Barry Sturges. He was employed by American Brass in Waterbury, CT, followed by Homer D Bronson in Winsted, CT and ending his career at Anchor Fasteners in Waterbury, CT.

Thomas was a Past Master of The Masons King Solomon’s Lodge where he was a member for 50 years. He also served as secretary with the Masons. Thomas was also a member of the Connecticut Grand Lodge. He was involved with Meals on Wheels and spent much time woodworking, where he would create miniature buildings which were auctioned, with the proceeds benefiting the North Congregational Church.

Thomas will be missed very much by the people he leaves behind, and his grandchildren, great grandchildren and many nieces and nephews.

Services will be held in March, with a tentative date of March 21, please check back for updates

A service summary is not available
Share a memory
© 2020 Munson-Lovetere Funeral Home. All Rights Reserved. Funeral Home website by CFS