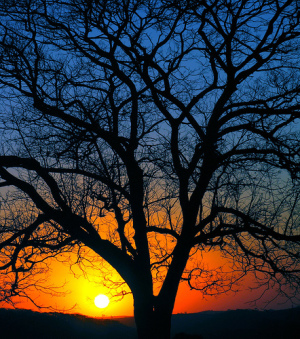 John “Jack” Lauf, of Southbury, CT, passed away peacefully on Sunday, January 6, 2019 at the age of 97 with close family by his side.  Born in Danbury, CT on April 27, 1921, he was one of four sons born to John and Hedwig "Hattie” Lauf. After attending Immanuel Lutheran School, he graduated from Danbury High School class of 1939 and was a long time member of Immanuel Lutheran Church in Danbury and St. James Lutheran Church in Southbury.
He and his brothers, William, Robert, and Walter, all served in World War II, John in the U.S. Navy as a Radio Man, 1st Class.  With his brother, Walt, he penned a family autobiography, “14 Davis”, which details the brothers’ antics and activities in their early life growing up during the Depression.  Those ranged from sandlot baseball, fishing and boating to singing barbershop quartet.
Jack, as he was known to most of his friends and family, was a jack-of-all-trades and master of many. He made his living in banking, then developing and selling real estate. But it was his other passions that more truly defined him. Those included artistic pursuits; he was an avid oil painter, sketcher and cartoonist and played numerous musical instruments including harmonica, banjo, and violin. He loved sports, winning an Old Timers Athletic Association of Greater Danbury honor for his participation in baseball, basketball and the game he loved most - golf. Nothing transcended his love of golf, which he indulged for more than 80 years.
In 1962 he met and fell in love with Karin Sachner, also of Danbury and with whom he had three children: Jay, Leslie, and Tim. They were married for 45 years until Karin’s passing in 2008. Together, they were loving parents and grandparents and dedicated to their extended family.
His children are extremely grateful for the loving care he received in his final home at Pomperaug Woods in Southbury where he continued to pursue his passions, playing pool and Scrabble, sketching, reading spy novels, watching the UConn women’s basketball games, playing his harmonica, making new friends and living life to its fullest.
He will continue to be missed and loved by his children and their spouses: Jay and Dawn Lauf, Leslie Lauf and Neal Parks, Tim and Marla Lauf; and his 5 grandchildren: Jordan, Caroline, Eli, Olivia, and Emma Kate.  He is also survived by his younger brother, Walt Lauf of Vermont.

Calling hours will be held at St. James Lutheran Church, 111 Peter Road, Southbury, CT from 4:00-7:00pm with a service following directly after at 7:00.
While there is no expectation of gifts or donations, in lieu of flowers or care packages, we know he would appreciate donations in his name to Operation Second Chance or Multiple Myeloma Foundation.

To send flowers to the family or plant a tree in memory of John H. Lauf, please visit our floral store.