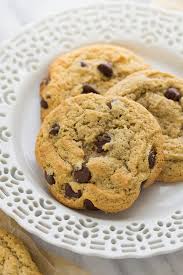 Jane Cody De Vries passed away in the presence of her family on Monday evening, August 12, 2019, at Capital Medical Center in Olympia, Washington. Born Jane Patricia on June 24, 1930, in Cambridge, Massachusetts, to Thomas Joseph Cody and Rose Mary Gallagher, Jane grew up in neighboring Arlington and graduated from Arlington High School. She attended Brown University in Providence for two years, then transferred to Cornell’s nursing program in New York City, graduating in 1953 with a B.S. in nursing.

Jane’s family had rental properties in Dennisport, on Cape Cod, and regularly spent summer vacations on the Cape. There, in the summer of 1946, she met an Arlington boy, Henry Robert De Vries.  After completing their college educations, Jane and Henry were married on September 12, 1953, at Holy Trinity Catholic Church in West Harwich, Massachusetts, and honeymooned in Chatham.

Jane joined her husband in Connecticut, where Henry worked in Naugatuck as a chemical engineer for the U.S. Rubber Co. (later Uniroyal). Briefly, Jane worked with the Visiting Nurse Association in Waterbury. In 1956, Jane and Henry moved to Woodbury, where they lived for the next 53 years and raised three sons. In 1968, Jane returned to work as a nurse at Waterbury Hospital, teaching classes to expectant parents. Near the end of her nursing career, Jane was recruited to work on a federally funded project designed to help at-risk pregnant women give birth to healthy babies. Jane retired from nursing in 1995.

Throughout much of their time in Woodbury, Jane and Henry, together with a brother and sister-in-law, owned and, during the summer, managed a motel and cottages on Nantucket Sound.

Jane was a vibrant and outgoing woman who was deeply involved in her Woodbury community. She was a parishioner and active member of St. Teresa’s Catholic Church; a leader in local Democratic politics (she served for some years as chair of the Democratic Town Committee and was awarded the Ella T. Grasso Women’s Leadership Award by the Connecticut Democratic Party); a three-term elected member of the Nonnewaug School District’s Board of Education, which included two years as board chair; and a one-term elected member of Woodbury’s Board of Finance.

Baking was one of Jane’s many talents. Fellow board members and political colleagues looked forward to the chocolate cheesecakes, chocolate chip cookies, and blueberry muffins she often brought to meetings. Jane also loved to grow flowers and became a Master Gardener.

In 2009, Jane and Henry moved to the Panorama retirement community in Lacey, Washington. Over the next decade, they maintained a busy social schedule at Panorama, visited their far-flung family, and traveled to Hawaii, Alaska, and Glacier National Park in Montana.

Jane will be dearly missed by her friends and family. Burial will be private and a public gathering to celebrate Jane’s life will be held October 12, 2019 at 3:30 P.M at the Woodbury Senior Center, located 265 Main St S, Woodbury, CT 06798.

Because education was so important to Jane, the family suggests donations made in Jane’s name be directed to education scholarships. Private condolences and questions can be directed to RememberingJaneDeVries@gmail.com. To leave an online condolence, please visit www.munsonloveterefuneralhome.com.