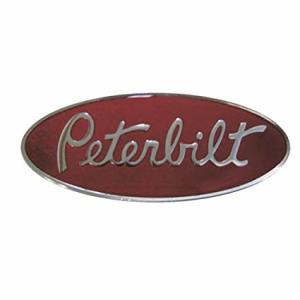 Howard H. Parsell Sr. age 85, of Southbury, CT passed away November 14, 2019. Born November 13, 1934, he was the son of Wallace and Dorothy Parsell, brother of Wallace Jr. and Lorraine Parsell, husband to Carol Parsell, father of Howard Jr. and Edward Parsell and grandfather of Jacob, Kaylee and Kyle Parsell.

Living in Southbury his entire life there was no one that knew the history of this town better than him. He grew up on a farm on Main St. S in Southbury, the house being where the Southbury Parks and Recreations building now stands. In the 50’s his family sold the land to the Town of Southbury but was able to keep the plot where Parsell’s Garage and Chainsaws Unlimited now sit. When his father Wallace passed he divided the property in half, Wallace Jr. getting the Parsell’s Garage side and Howard getting the Chainsaws Unlimited side from the duplex to Flood Bridge Rd. The garage he built behind Chainsaws is where he’d spend most of his free time fixing or building something new.

He liked to call himself a “jack of all trades, master of none” but in reality he was a master of anything he set his mind to. Growing up he always said he didn’t have enough money to buy toys so if he wanted some he’d have to make his own and kept that mindset his entire life.

In the 50’s he joined the reserves and it was during that time he met his wife Carol, square dancing, at a local hall. They married in 1958 and until 1978 lived in a house that they built up after it floated down river in the flood of ‘55 and settled in a plot of land located behind Parsell’s. In that time they had two children Howard Jr. and Edward. They then moved into the house Howard had built where they'd live the rest of their lives.

Howard loved to work and did everything from being a mechanic, to raising oxen, to construction, to being a landlord. But there was nothing he loved more than driving a truck. For 40 years he was a truck driver and 35 of them were spent with his pride and joy, his 3rd kid, his 1982 Peterbilt 359. He loved it so much not even cancer and an 85 year old weakening body could keep him away because his mind was still as sharp as a tack. There's nothing he didn’t know. Anytime Howard Jr. Lisa, Jacob, Kaylee or Kyle and many other friends and family had a question he was the first person they called and he always knew what to do. He loved spending time with his family and living right next to him there wasn’t a day that went by they didn't see or talk to him. He was always getting his grandchildren involved in his projects whether it was working on a rental, building his Mack and antique car or driving in the Roxbury Tractor Parade. He has built an amazing legacy that he leaves behind for his son and grandchildren to build onto. He was truly loved by everyone around him and will be deeply missed.

Howard was predeceased by his parents Wallace Sr. and Dorothy Parsell, his brother and sister Wallace Jr. and Lorraine, his wife Carol, and son Edward. He is survived by his son Howard Parsell Jr. and his wife Lisa along with his three grandchildren Jacob, Kaylee, and Kyle Parsell.

In lieu of flowers, contributions can be made to the Southbury Ambulance at 68 Georges Hill Rd. Southbury, CT. To leave an online condolence for the family please visit www.munsonloveterefuneralhome.com

To send flowers to the family or plant a tree in memory of Howard H. Parsell, Sr., please visit our floral store.